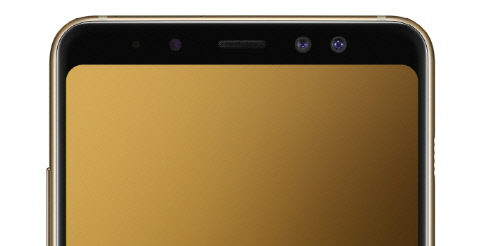 Now to the point.

The Galaxy is expected to be unveiled sporting  2 front cameras:
The front-facing camera setup on the new Galaxy S10+ will be similar to what we’ve already seen on Samsung’s Galaxy A8 smartphone. It’ll apparently feature a standard camera sensor and a secondary telephoto sensor that will enable Portrait Mode selfies with a blurred background similar to what you would see in photos captured with a DSLR.