Folding your tablet, smartphone or laptop will be and ordinary task in a few years from now and will take not so long as some people might think.

This is the time for investors with big financial support to take ideas like this and dry it to make it real.

Rolltop is not a "virtual and futuristic" gadget, existing only on the screen of your computer as in the most of similar concepts and visions! Most of the existing design concepts usually have been developed without any deep technologic and ergonomic elaboration and often could be difficult or even impossible realized. From the beginning Rolltop has been developed as a real future product. During its development a lot of different scenarios (e.g. usability, functionality etc.) were simulated. Moreover we have included in Rolltop the best worldwide ergonomic, mechanic and electronic practices.

The device of the flexible display allows a new concept in notebook design growing out of the traditional "bookformed" laptop into unfurling and convolving portable computer. Rolltop incorporates both latest high-tech devices and a new brand design techniques into a computer that will increase the quality and productivity of the designers work. On top of everything else no laptop bag needed - all computer utilities from an interactive pen through power supply to the holding belt are integrated in Rolltop. This is really an all-in-one gadget. 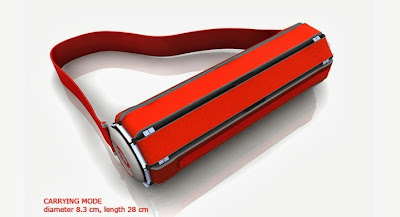 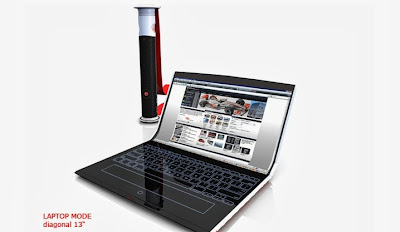 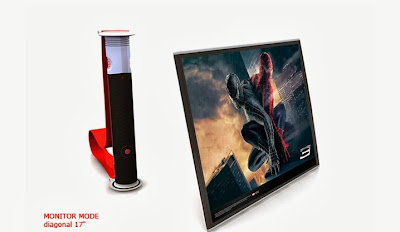 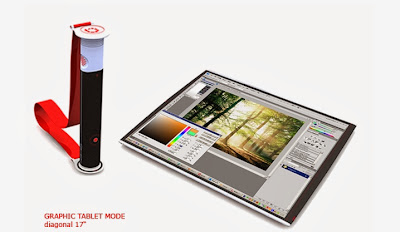 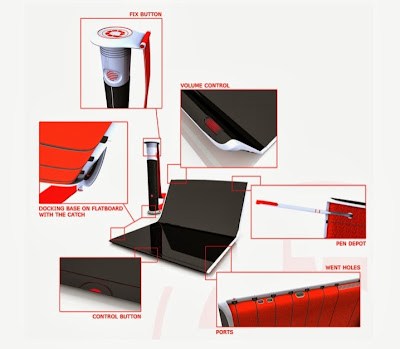 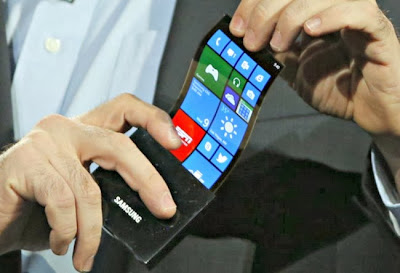 “The newly launched curved phones will not be completely flexible,” Samsung SDI’s CEO Park Sang-jin said last Wednesday. However, he added, “We have developed the technology to make batteries a little curved and to fix them after being curved.”

Samsung Display is reported to use a 5.5-generation (1300x1500mm) line at the OLED plant in Asan, South Chungcheong Province, and LG Display is to operate a 4.5-generation (730x920mm) line in Paju, Gyeonggi Province.

“Within this year, Samsung and LG will have a monthly production capacity of 1.5 million and 35,000 flexible panels, respectively,” a source said.

Samsung and LG’s new smartphones, which will reportedly be unveiled next month, are said to be plastic-based, light and unbreakable. Since the technology is still in its nascent stage, users will not be able to change the shape.

It will take a few more years for flexible displays to be able to fully take different forms and to be rolled up like paper, a source said.

Microsoft kicked off with a new trade-in program this time it is focusing on the iPhone 4S and iPhone 5 "gently used", for a minimum $200 gift card which can be applied to any products for sale in the Microsoft store.The offer started  September 27th and ends November 3, 2013.


How to redeem this offer


Valid September 27, 2013 until November 3, 2013. Available in select Microsoft retail stores in US (including Puerto Rico) and Canada; Not valid online. Offer only valid for the exchange of listed iPhone products, no exceptions. To be eligible for trade-in, device should include power cord, if available, and device cannot be password protected. Microsoft Store gift-card value will be equal to trade-in value, and is subject to Microsoft’s discretion and manager approval. All trade-ins are final. Recycle for Rewards program provided by CExchange, LLC. and other terms and conditions may apply. See store associate for details. Not valid on prior orders or purchases; cannot be transferred or otherwise redeemed for cash. Limit 1 per customer.

Microsoft stores
at September 30, 2013 No comments:

Email ThisBlogThis!Share to TwitterShare to FacebookShare to Pinterest
Labels: iphones, microsoft, trade in 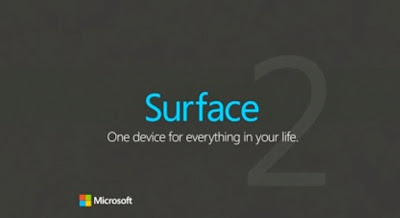 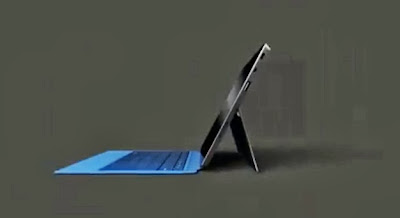 Meet the new Surface (2). Not just a laptop, not just a tablet. Thinner, lighter with great battery life. It's the one device for everything in your life.


Amazon deals: get the NEW line of Kindles HDX.

Well the new kindles family have arrived and now with HDX , going beyond the standards. You have two sizes 7 and 8.9 inches display HDX as follows:

Tap on the kindle you are interested and find more information right on Amazon store. If you are ready tap on the pre-order button

In March 28,2012 we wrote about the Nokia Lumia Coffee Tab/Pad a Windows 8 tablet. Leaked Video.

Since then  the Nokia tablet gets approved by the FCC with AT&T and Verizon LTE. The FCC just approved a mystery device known as the RX-114. Nokia is indeed working on a tablet, complete with diagrams of the device along with specific references to its slate-like state. 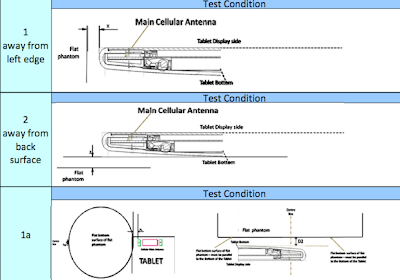 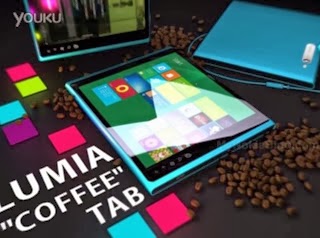 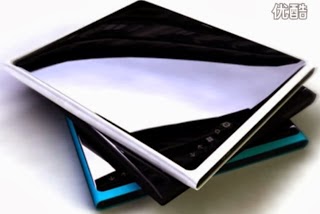 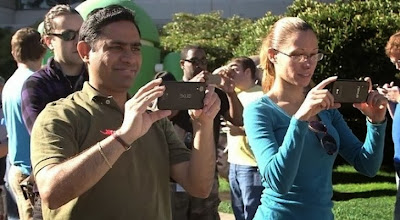 Google is likely to release Android 4.4 KitKat sometime next month, along with the next smarpthone in the Nexus series, the Nexus 5.

Myce  has just spotted a log file of what appears to be Android Key Lime Pie (also known Android 4.4 KitKat) running on the Nexus 5.

Images from Android 4.4 KLP / Kitkat with Babel Log
List of all the sensors in the Nexus 5 and evidence of Wireless charging of the device.

The log file of Android 4.4 Kitkat / KLP that's more than 10 MB in size and includes more than 133,000 lines that show some of the features packed in the software.

(Click on or Tap on to enlarge the view) 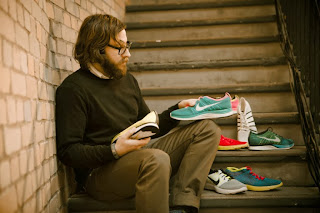 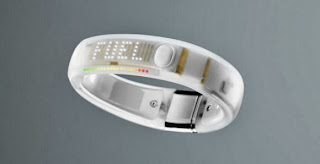 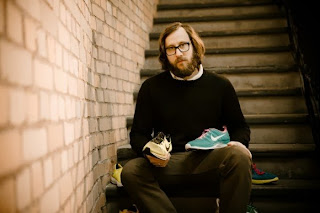 The Nike Fuel Band is a popular product amongst Apple executives, including Apple CEO (and Nike Board member) Tim Cook and former Hardware lead Bob Mansfield. Based on Apple’s experience and usage of the Fuel Band product, it seems like that Apple’s own wearable computer will have similar fitness-tracking abilities.

For that Apple has poached Nike’s design director responsible for leading the FuelBand fitness tracker, with Ben Shaffer expected to go to work on Apple’s own wearable project, the much-anticipated “iWatch”. Shaffer led Nike’s Innovation Kitchen, the R&D lab where the company developed more unusual products such as FuelBand and the lightweight Flyknit training shoe.

Nike PR has reportedly confirmed that Shaffer is no longer with the company. Apple has not commented on the rumor, and Shaffer’s LinkedIn profile still lists him as at Nike.

In Nike Shaffer’s goal with the Flyknit shoe was the create a shoe that feels much lighter on the foot, but one that is still created out of strong materials.

In an interview, Shaffer explains that Flyknit was not only about the final product, but about the processes behind the design of the product.

For the past five years, Ben Shaffer has been a part of Nike’s famed Innovation Kitchen where they are encouraged to think, experiment, research, build, and question things with one ultimate goal–to help their athletes achieve their goals. As the lead designer on the Nike Flyknit Trainer+, Shaffer worked closely with Hiroshi Fujiwara, Tinker Hatfield, and Mark Parker to produce this latest sneaker. We had a chance to speak one-on-one with Shaffer in an effort to gain a better understanding of this amazing new technology.

Buy one of the NEW Amazon Kindle Fire HDX tablet


Buy one of the NEW Amazon Kindle Fire HDX tablet.

Just click on the banners of the model you are interested here below, and you will get more information of each:

How the MayDay help works on the Amazon Kindle Fire HDX Tablet? Video.


How the MayDay help works on the Amazon Kindle Fire HDX Tablet? Video. 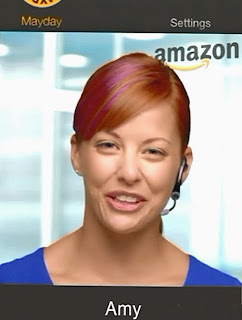 Just hit the MayDay button and Amazon help comes to the rescue. Watch some helps on the video below:

Buy one of the NEW Amazon Kindle Fire HDX 7 inch:

You can see the new key features of the Kindle Fire HDX on the picture below, please tap or click on to enlarge the image view: 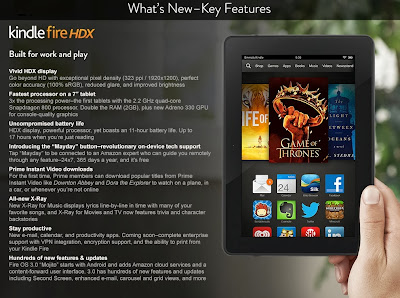 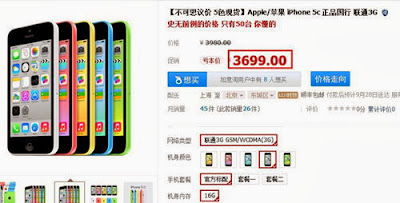 Information on the webpage showed the store has sold 45 devices following the launch last Friday.

The gold-colored iPhone 5s is rather attractive, in particular for Asian markets and prices are pushed to over 10,000 yuan ($1634) at some resellers stores in China amid a mania for the color. 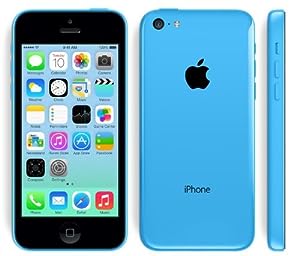 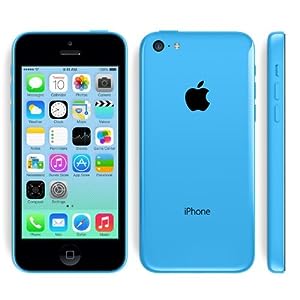 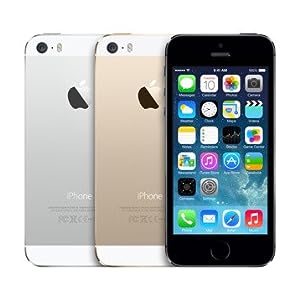 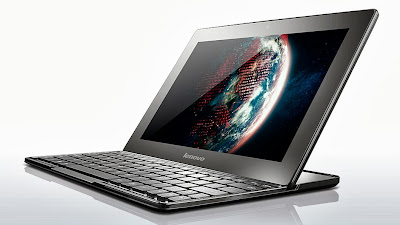 FEATURES:
Slender and Light
At a 0.3 inches thin and weighing only 1.24 lbs, the IdeaTab S6000 is a slim and practical mobile companion, perfect for reading, Web surfing or watching a movie.

Apps, Games or Productivity
With Android 4.2 Jelly Bean you can access all your favorite apps through the Google Play Store, while the optional Bluetooth keyboard dock enables you to sit down and compose an e-mail whenever you need to.

Expandable Storage
Whether you configure the S6000 with 16GB or 32GB built-in, a MicroSD card slot gives you the flexibility and convenience of up to 64GB extra storage space.

Micro-USB On-The-Go
Enables users to reverse the normal micro-USB connection from the tablet to another device, so your tablet can charge your phone or MP3 player while you can also utilize data on an external USB drive*.

Dual Speakers
Enjoy an enhanced audio experience for all multimedia including video, games and music whether through speakers or headphones.

Long Battery Life
The S6000 gives you up to 9 hours battery life when WiFi browsing meaning you can get out and about without worrying about having to charge.
*cable must be purchased separately

Slim, light and comfortable to hold, the IdeaTab S6000 tablet, powered by a quad-core processor, delivers the performance you need to enjoy the latest apps and games on Android 4.2 Jelly Bean, while its 10.1" HD IPS mutitouch display guarantees a bright and vivid viewing experience.

Limits: Limit 5 per customer. Offers valid from Lenovo in the US only.

Availability: Offers, prices, specifications and availability may change without notice. Lenovo will contact you and cancel your order if the product becomes unavailable or if there was a pricing or typographic error.

Warranty: For a copy of applicable warranties, write to: Lenovo Warranty Information, 1009 Think Place, Morrisville, NC, 27560. Lenovo makes no representation or warranty regarding third party products or services. The Lenovo Limited Warranty applies only to Lenovo hardware products purchased for your own use, and does not transfer upon resale.

Battery: These systems do not support batteries that are not genuine Lenovo-made or authorized. Systems will continue to boot, but may not charge unauthorized batteries. Attention: Lenovo has no responsibility for the performance or safety of unauthorized batteries, and provides no warranties for failures or damage arising out of their use.

Pricing: Does not include tax, shipping and handling, or recycling fees. Reseller prices may vary. Savings referenced off regular Lenovo web prices.

**Ship date: An estimated ship date will be posted on our order status site after your order is placed. The date reflected above does not determine when your order will ship since inventory status may change before your order is final and because items may be held until all products on the order are ready to ship. To obtain the latest information about the availability of a specific part number, please call the phone number listed in the masthead at the top of this page. A flat charge for shipping & handling may apply for certain orders, as indicated on the Checkout page. 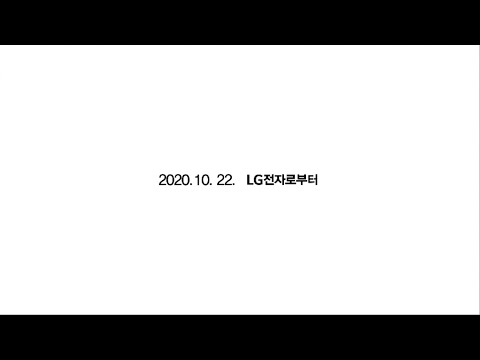