Science: In the near future your broken phone screen will repair itself in 30 seconds. 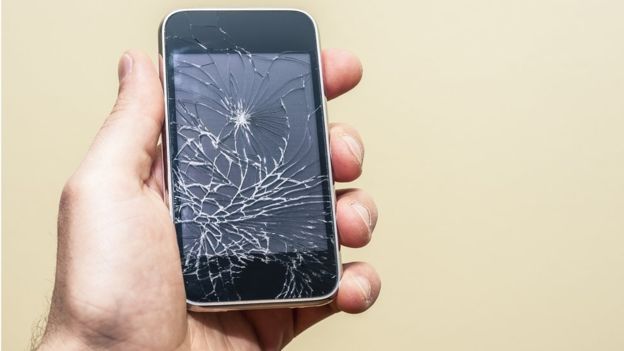 The cost of replacing a broken screen is usually high.

The amazing glass that repairs itself in 30 seconds when it breaks.

It happens even to the most cautious of mortals: at some point, distraction through, the cell phone escapes from the hands and ends up on the floor with the screen shattered.

Replace it is often expensive, so many, if they are lucky that the phone continues to work, prefer to go through life with the screen broken.

But now, a team of Japanese researchers seems to have found a solution to the problem.

Led by Professor Takuzo Aida of the University of Tokyo, they created a new type of crystal that has the ability to repair itself.

Glass, which has the potential to be used for the screen of mobile phones and other fragile devices, is made of a lightweight polymer that recomposes its own breaks when pressed with the hands.

Unlike other previously created materials that "heal" alone, this polymer does not need temperatures in the order of 120º C to reorganize its structure.

It is repaired simply by pressing manually for 30 seconds, at a temperature of 21ºC.

The magnificent properties of the material were discovered by chance by graduate student Yu Yanagisawa, when he was working on the creation of a glue.

Without wanting to, Yanagisawa cut the surface of the polymer.

He almost had no time to mourn the incident, when he noticed that the edges of the broken surface were sticking together again.

The young man repeated the process to check what he had just discovered and noticed that, in addition, the glass recovered its original firmness in a couple of hours.

The new polymer, the researchers said in the study published in the journal Science, is "very robust from the mechanical point of view while it can be quickly repaired by applying pressure on fractured surfaces."

"I hope that the glass that repairs itself becomes a new material friendly to the environment, that you do not need to throw when it breaks," Yanagisawa told the Japanese media NHK.