Boeing has plans for making a hypersonic jet flying at Match 5. 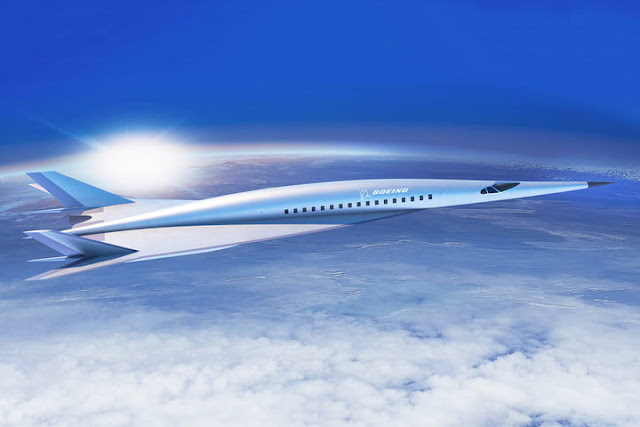 
Boeing plans to put a mind-bogglingly fast hypersonic jet in the skies in the coming decades. The Washington-based firm released the first sketch of an early prototype during a conference in Atlanta.

CNBC reports the yet-unnamed plane will be able to cruise at Mach 5, which corresponds to approximately 3,900 mph. That’s over seven times the average cruising speed of a commercial jet like the Airbus A330. And it means you may arrive in 3 hours to Tokyo from the USA Pacific coast.

The picture above is a render concept Boeing presented at the Atlanta conference.