As we posted before Samsung UNPACKED 2014 Episode 2 with Galaxy Note 4 far better than Galaxy S5 in September 3rd, coming up. news , it is confirmed by Samsung as you can read on the image below.

The UNPACKED 2014 (Episode 2) event will take place in September 3 at 14:00 Berlin time, where the Galaxy Note 4 will be unveiled and some more surprises the company might have.

The new Samsung phablet ― a technology term which means a combination of smartphones and tablets ― will come with a 5.7-inch flat OLED screen and metal frame.

Samsung will also bring a curved OLED version of the Note 4 to the exhibition, though the curved Note 4 isn't aimed at appealing to the mass market.

"The Note 4 will be the first smartphone to incorporate an ultraviolet sensor. The sensor can measure UV radiation and offer index levels to Note 4 users inside the 'S Health' application," said an executive at Samsung's software partner based in Korea.

The upcoming phablet will be powered by Qualcomm processor chips and "definitely" support fourth-generation long-term evolution (LTE) mobile wireless technologies. For users in Korea, Samsung plans to put LTE-Advanced technology in the home-turf, according to the executives.

The company made agreements with major wireless carriers in the United States including AT&T, Sprint Nextel, T-Mobile and Verizon Wireless for the guaranteed shipments of the Note 4, while it also plans to hold a big promotional campaign in China.

In Sept 5 Samsung will have an Opening Keynote for discuss about marketing visions and innovations with International Executives. 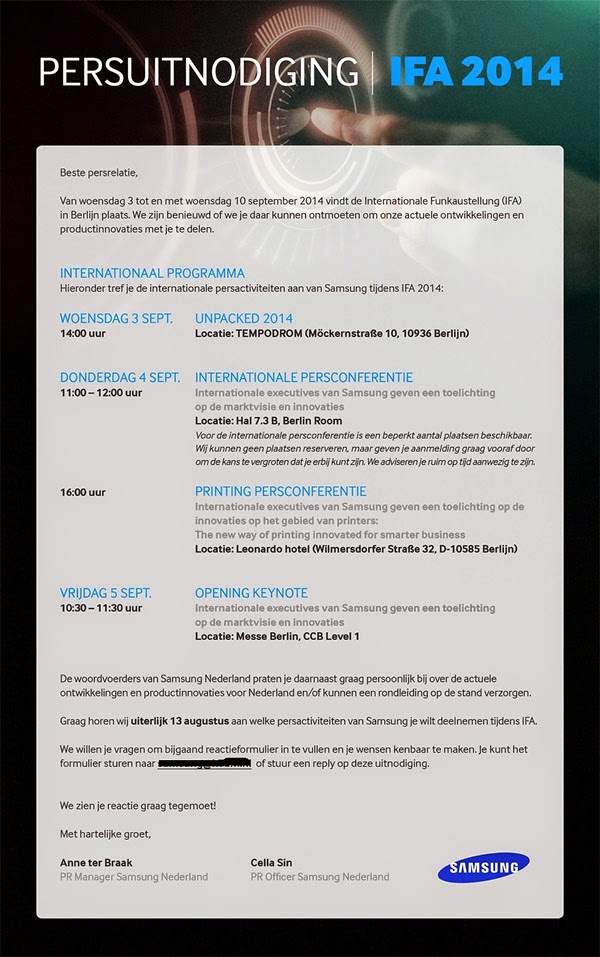