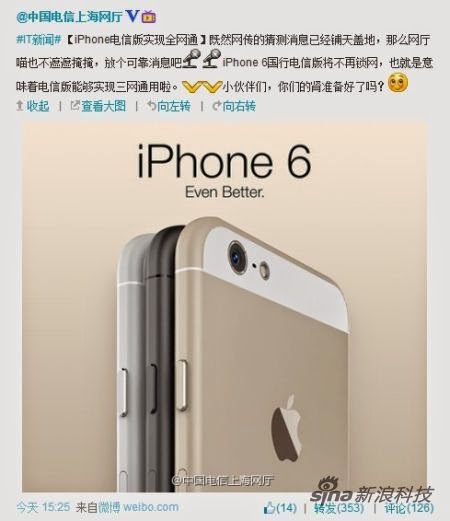 The China site tech sina confirmed that on the China Telecom site the iPhone 6 is announced already, despite Apple have not yet officialy unveiled the smartphone.

According to the China site, Apple is going to deliver a unique iPhone 6 device capable to run on 3 China carriers networks. It means the device can support open, dual 4G including TDD LTE and FDD LTE. Also supports WCDMA/CDMA2000/GSM/CDMA1X networks, at any time.