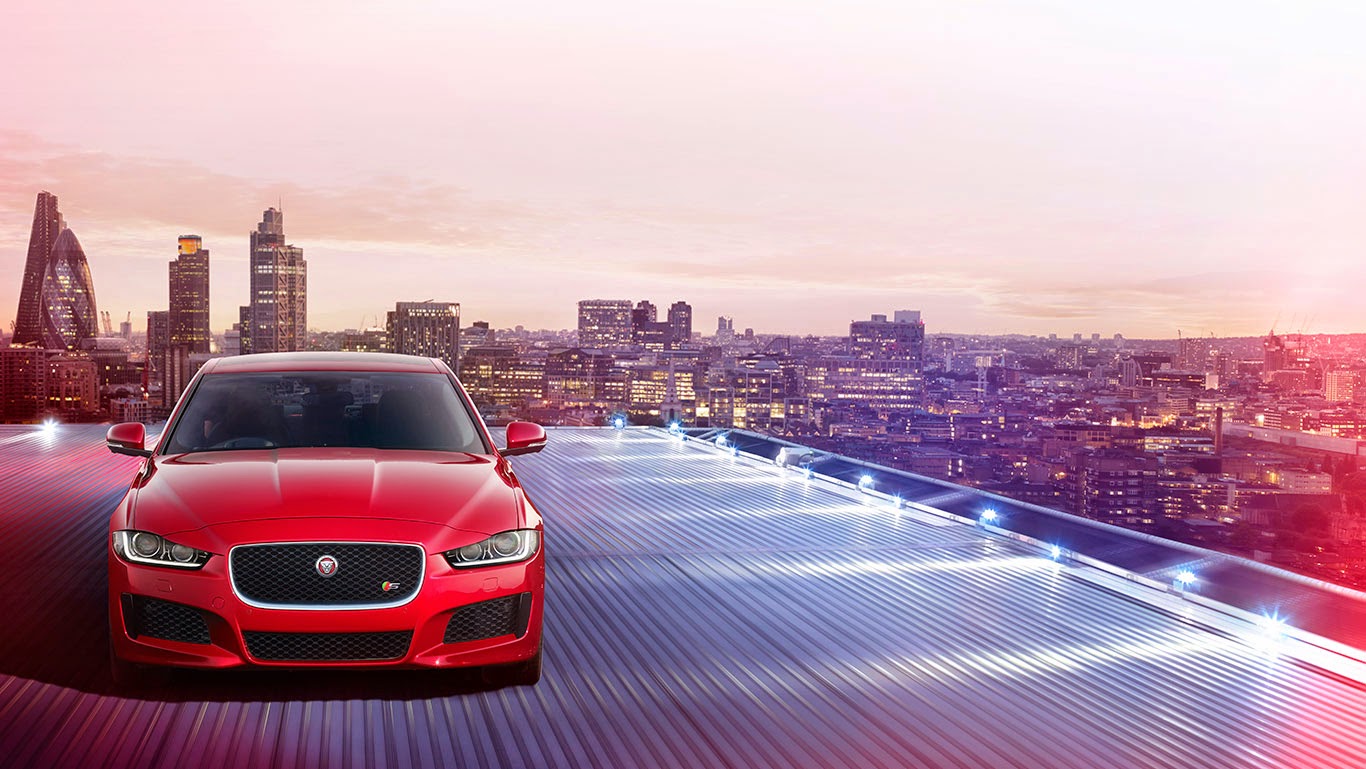 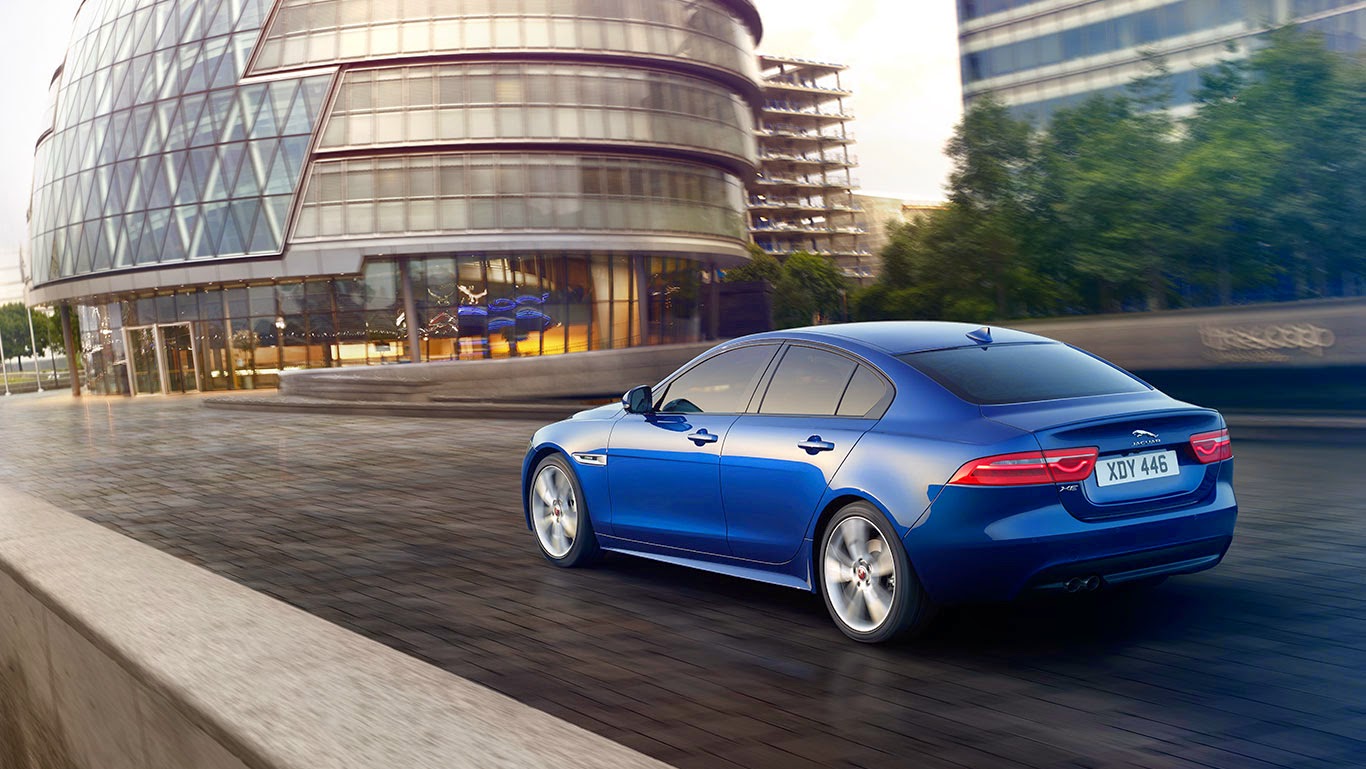 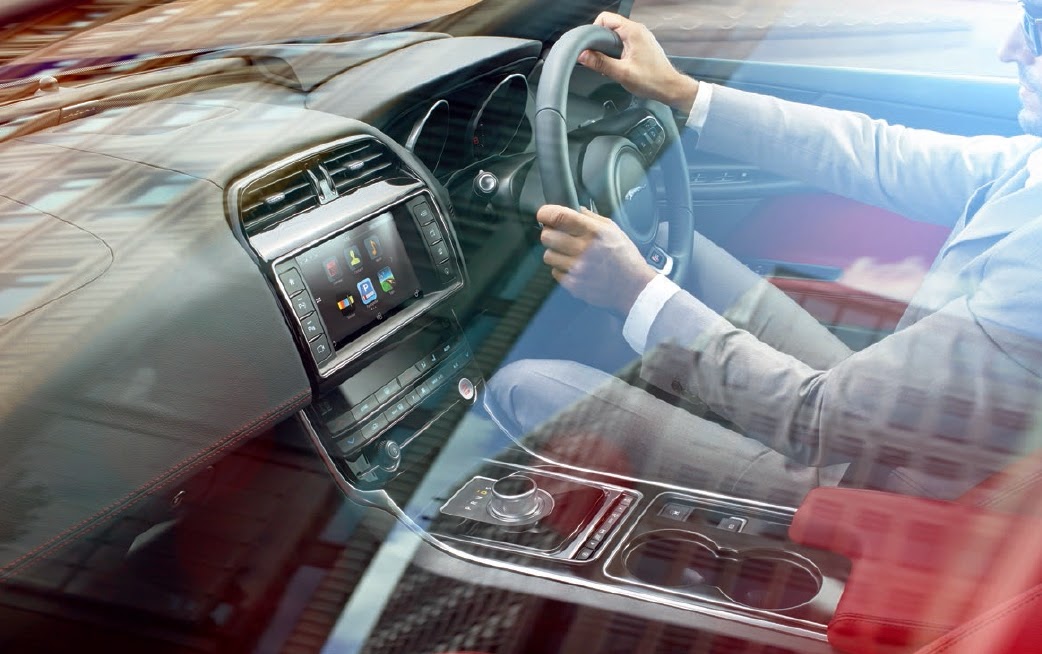 The Jaguar XE is the latest Jaguar UK company creation that they call as the The Most Advanced Sports Saloon Car Ever Produced. It has a lot of improvements in advanced driving dynamics. 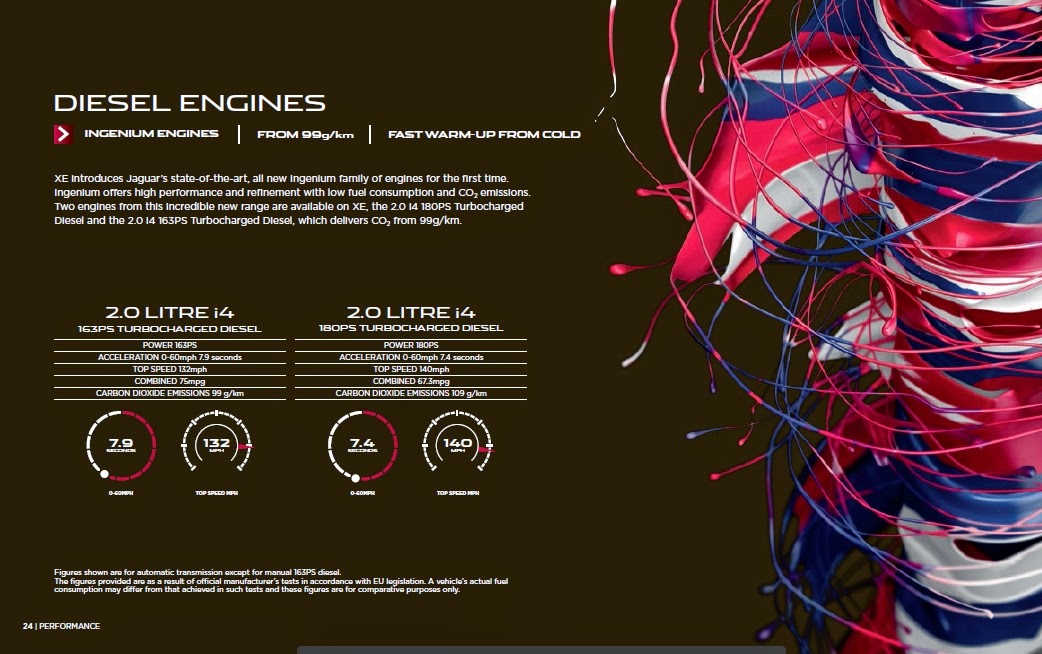 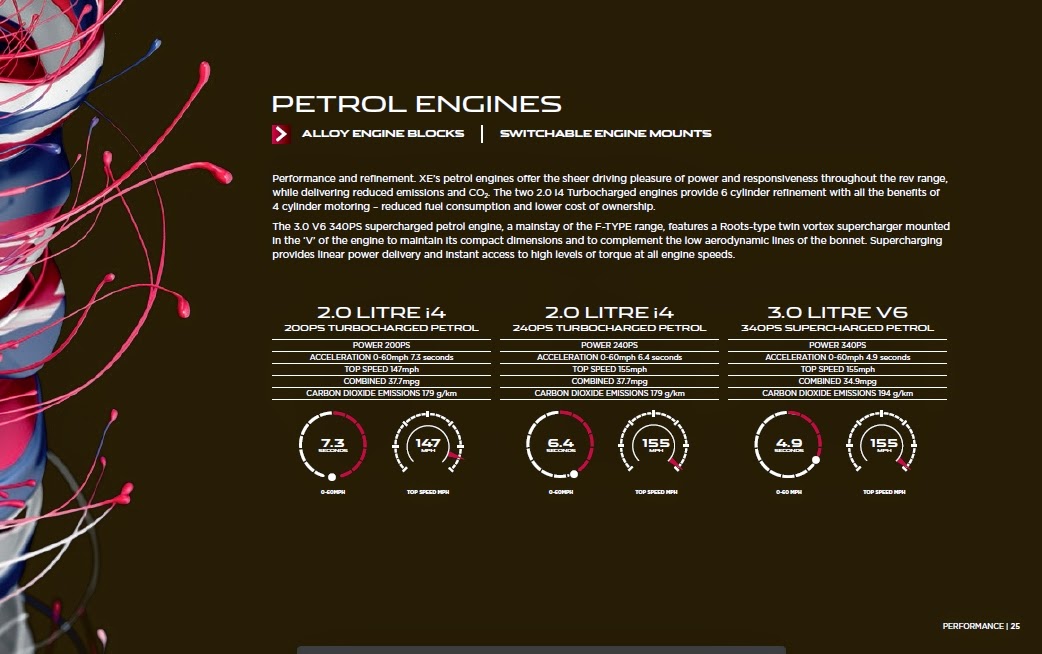 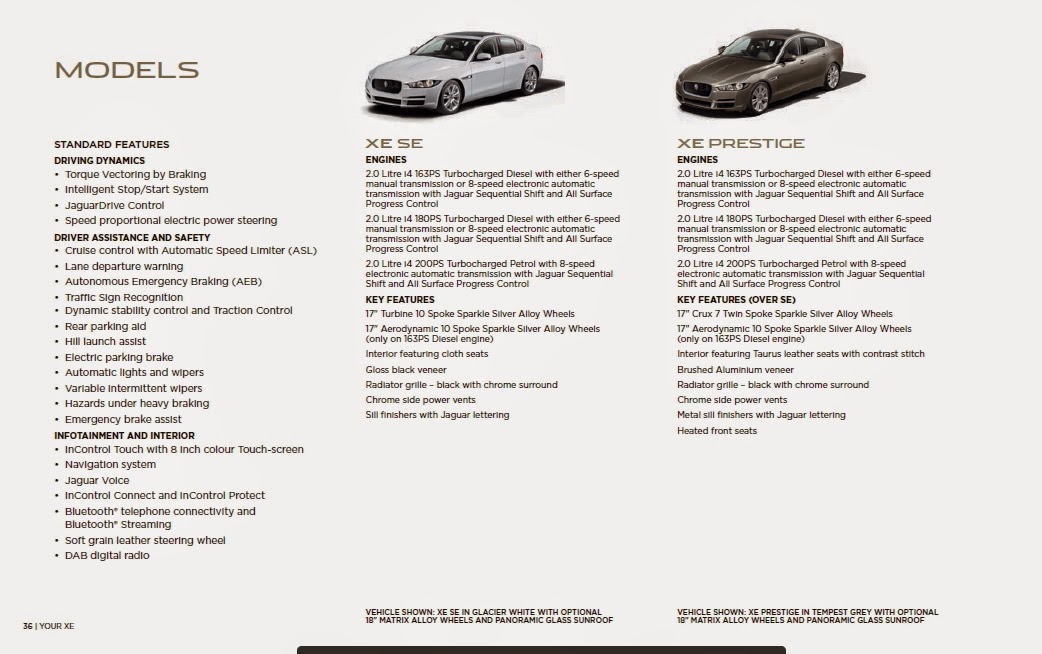 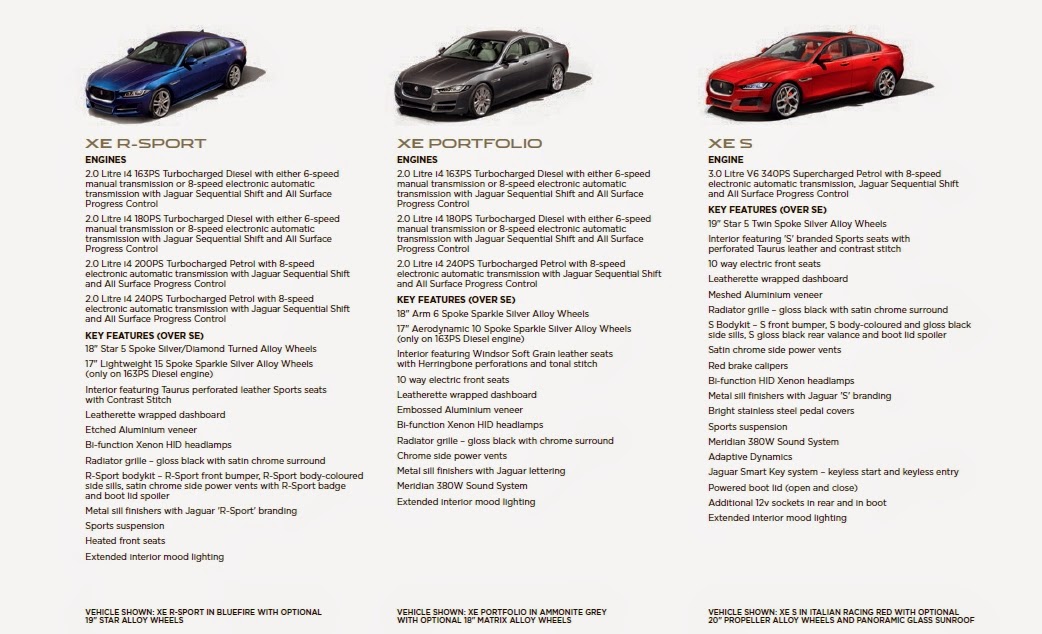 LG G4 starts its global roll-out in Korea and will be available in 180 carriers worldwide.

LG Invites Consumers to See and Feel How Great a Smartphone Can Be. 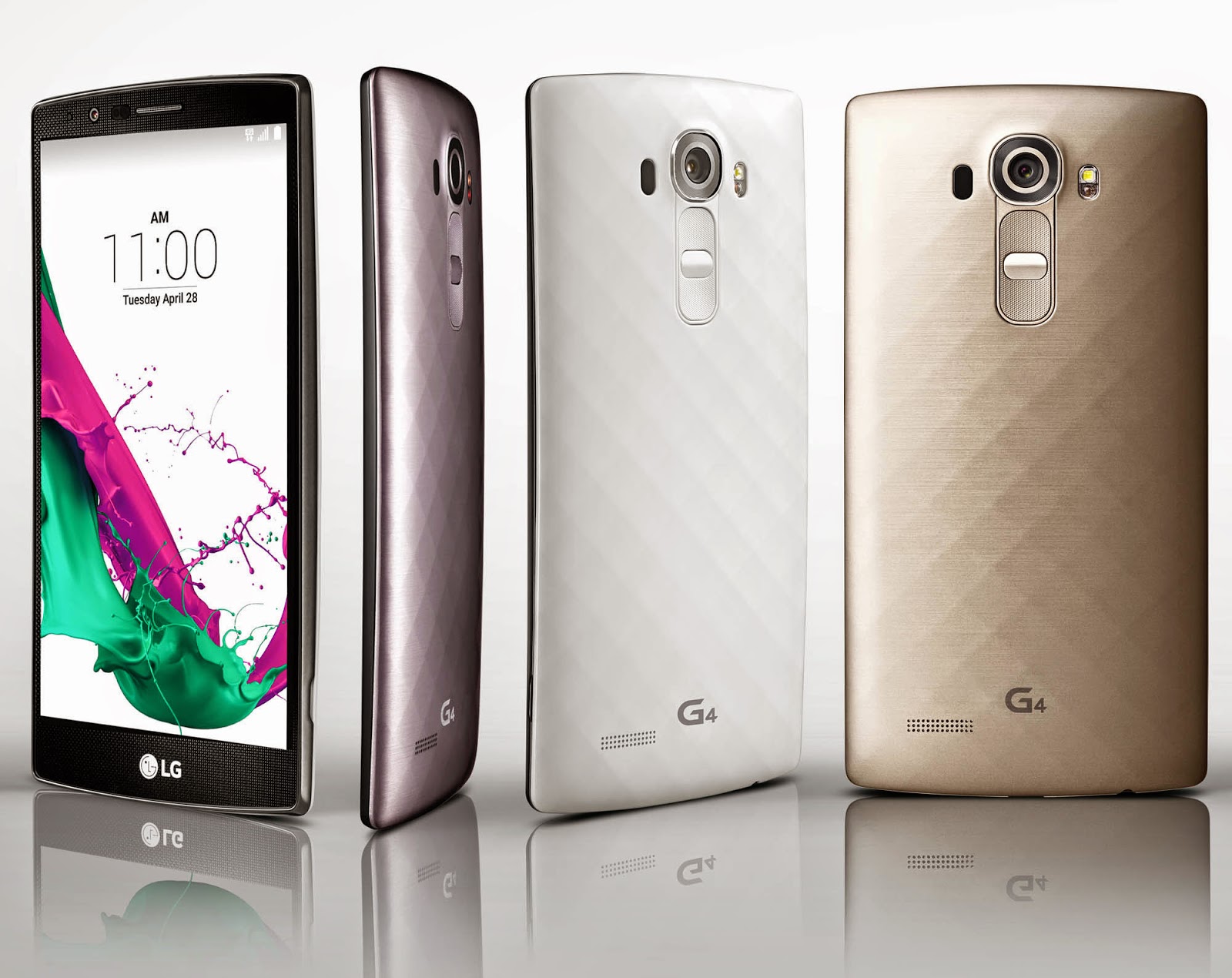 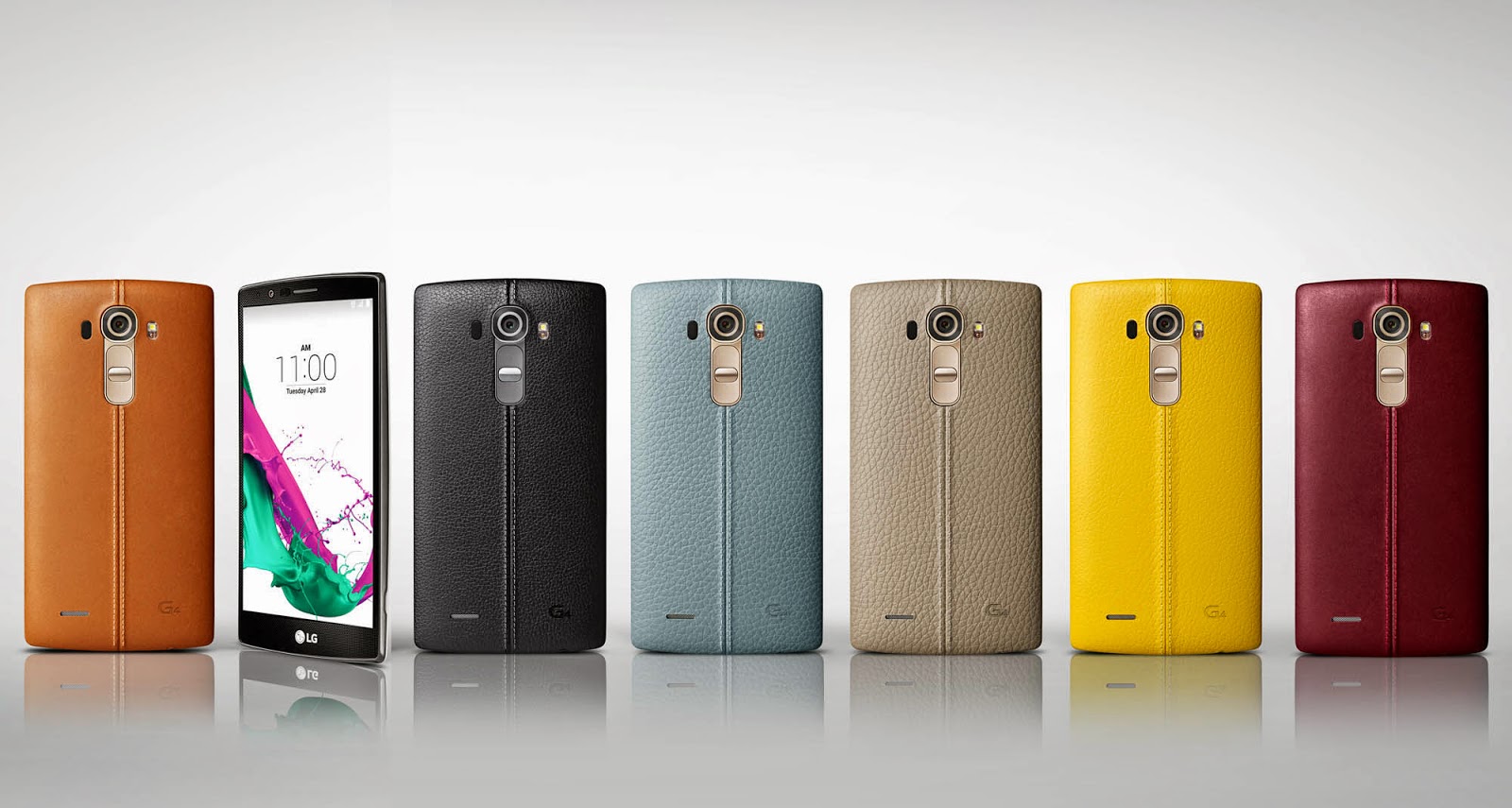 LG Electronics (LG) unveils its eagerly anticipated LG G4 smartphone today, at launch events in New York, London, Paris, Singapore, Istanbul and Seoul. Approximately 1,000 guests around the world gathered to view the new LG G4, the successor to the G3, which exceeded all expectations in terms of sales and industry awards. Among the first users of the LG G4 will be 4,000 lucky customers who will receive the new smartphone as part of the company’s largest-ever consumer experience campaign.

With the G4, LG focused on delivering comfortable elegance, a great visual experience and a human-centric user experience. The LG G4 camera features a rare-in-smartphones F1.8 aperture lens which allows 80 percent more light to hit the image sensor than in the LG G3. The innovative camera module is paired with the new IPS Quantum Display that is better in every way than the innovative Quad HD display introduced to the world in the LG G3. The LG G4 embodies human sensibility that is clearly visible in its Slim Arc exterior design and graphical user interface.

“We are living up to our promise of Innovation for a Better Life with a fashionable, premium smartphone that is more focused on delivering a balanced user experience that can compete with the best of the best,” said Juno Cho, president and CEO of the LG Electronics Mobile Communications Company. “We wanted to give consumers a truly human-centric device that combined the analog sensibilities with technologies that delivered real world performance. From the design to the camera to the display to the UX, this is the most ambitious phone we’ve ever created.”

Comfortable & Elegant Design
LG paid special attention to the materials utilized in its newest flagship. The LG G4 is available in handcrafted, genuine full grain leather in six beautiful colors. The vegetable tanning process employed is an age old tradition that requires skilled craftsmen to produce and dye the leather. The colors of the leather on the G4 are rich with warm tones that look authentic and change over time. Most importantly, vegetable tanned leather is environmentally friendly and can be recycled easily, since no harsh chemicals are used. Other material options for the G4 rear cover include pure Ceramic White with 3D patterns, artisan-forged Metallic Gray as well lustrous, Shiny Gold.

The fashionable elegance of the LG G4 is a refreshing change from the uniformly flat, full metal designs that have been become standard across the industry. The LG G4’s design is defined by the Slim Arc, which runs along its entire body, highlighted by a display with a subtle curvature. More than just a design accent, Slim Arc offers 20 percent better durability than a flat smartphone in face-down drops and gives the smartphone a more comfortable and secure feel in the hand.

The exterior design is also reflected in the smartphone’s user interface, which includes simple, naturally intuitive graphics. In the LG G4, the icon colors are more vibrant with icons that have rounded corners, consistent with the Slim Arc design. What’s more, the Smart Notice widget automatically changes its background and text color based on the home screen image selected by the user.

Great Visual Experience
LG designed the 16MP camera in the LG G4 to capture beautiful images, even under less than ideal lighting conditions. The camera module features a wide F1.8 aperture lens that allows 80 percent more light to reach the sensor. LG improved low-light performance even further with OIS 2.0, which doubles the performance of the improved OIS+ by expanding the range of image stabilization from one degree to two degrees on the X- and Y-axis and adding a third axis for the first time.

New for G4, Manual Mode allows experienced photographers the ability to exercise more artistic expression by letting them directly control the focus, shutter speed, ISO, exposure compensation and white balance for every shot. Advanced photographers can also save their photos in RAW format, in addition to JPEG, for more precise editing with no loss of details.

The advanced camera in the LG G4 is complemented by Color Spectrum Sensor (CSS), the first feature of its kind to find its way into a smartphone. CSS improves color accuracy by precisely reading the RGB values of the ambient light in a scene, as well as the infrared light reflected from objects. CSS uses this information to adjust the camera’s white balance and flash color to create images that are as close to what one would see with the naked eye. With Color Spectrum Sensor, no longer will reds appear as bright orange or whites as dull yellow.

For selfies good enough to frame, LG included an industry-leading 8MP front-facing camera for sharp, detailed portraits and group shots. Gesture Interval Shot improves on the original Gesture Shot feature by taking four shots spaced two seconds apart, increasing the chance of getting that perfect shot under the most difficult conditions. Triggering the shutter is as simple as opening and closing one’s hand twice in front of the camera.

Power and Performance
With G4, the higher quality display doesn’t come at the expense of battery life. The LG G4 is equipped with a high-capacity 3,000mAh removable battery, a rare feature in today’s high-end smartphones. Combined with the benefits offered by the snappy yet energy-thrifty Qualcomm® Snapdragon™ 808 processor with X10 LTE, the LG G4 has no trouble getting through a full day of normal use. In fact, the LG G4 is estimated to last 20 percent longer than the G3, from the same capacity battery.

“LG and Qualcomm Technologies collaborated from the initial stage of the Snapdragon 808 introduction to expertly tune the technologies and make several of the LG G4’s unique features possible,” said Jacobs. “The resulting G4 smartphone is an ideal example of how the best optimized technologies come together to meet consumers’ needs.”

Human-Centric UX
The LG G4 is the first phone to utilize the new human-centric UX 4.0 that promises to be simpler and more intuitive to better understand and respond to the needs of each user. The improved UX eliminates unnecessary steps while providing more configuration options for advanced users.

￭ Quick Shot allows customers to take pictures without opening the camera app by double tapping the phone’s Rear Key while the display is off. LG G4 also has an incredibly fast camera startup time of just six-tenths of a second.
￭ The new Gallery makes it extremely fast to scroll through thousands of pictures and view them on a timeline. The Memories feature automatically organizes photos and videos into event albums based on the time and place they were taken, without having to upload to the cloud.
￭ Event Pocket allows users to create one, unified calendar by dragging and dropping appointments and activities from multiple calendars and social media sites. After the initial setup, there’s no need to log into multiple calendars.
￭ The improved Smart Notice provides more personalized notifications for weather, travel and more by analyzing habits, such as how a user commutes to work. This allows Smart Notice to issue personalized messages such as, “Make sure to take an umbrella on your way to the subway.”
￭ Quick Help allows users to search for instant answers to any questions about operating the LG G4, right in the Smart Notice widget. Quick Help can guide users through the LG G4’s settings and even schedule a call with customer service.

LG has sought out partnerships to enhance the overall user experience of the G4. Google Office comes pre-installed on the LG G4 for easy collaboration on-the-go and G4 owners will receive an additional 100GB of Google Drive storage free for two years. With MirrorLink and LG G4, owners of Volkswagen vehicles will be able to view a car-friendly version of the G4 interface on the in-dash display for full integration with contacts, navigation and music on the smartphone.

The LG G4 will start its global roll-out on April 29 in Korea and will eventually be available on approximately 180 carriers worldwide. Prices and carrier availability will be announced locally in each market.

The Amazon rainforest and the Sahara desert seem utterly different. Yet NASA satellites have discovered a surprising connection that intimately links these two disparate parts of our planet. 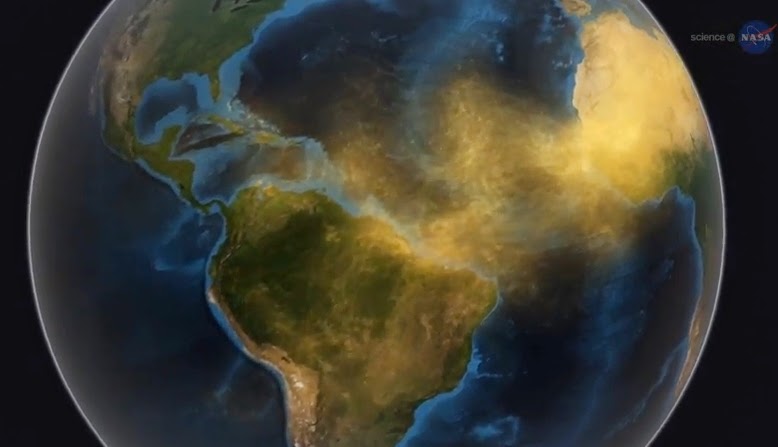 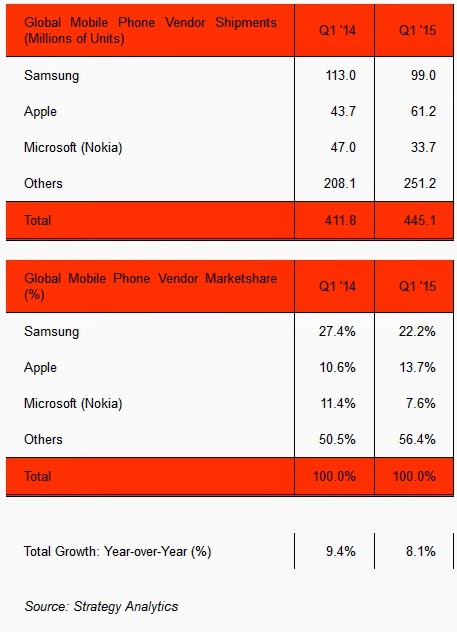 According to the latest research from Strategy Analytics, global mobile phone shipments grew 8 percent annually to reach 445 million units in the first quarter of 2015. Apple was the star performer, as it jumped from 11 percent to 14 percent marketshare in the past year, due to strength in China.

Microsoft shipped 33.7 million mobile phones worldwide in Q1 2015, down 28 percent from 47.0 million a year earlier. Microsoft’s 8 percent global mobile phone marketshare is sitting near an all-time low. Microsoft continues to lose ground in feature phones, while its Lumia smartphone portfolio is in a holding pattern awaiting the launch of new Windows 10 software later this year.

The Samsung Galaxy Tab A 8 inch WiFi is now available for pre-order US$ 229.99-Ships May 1. via Amazon store. Full specifications after the picture: 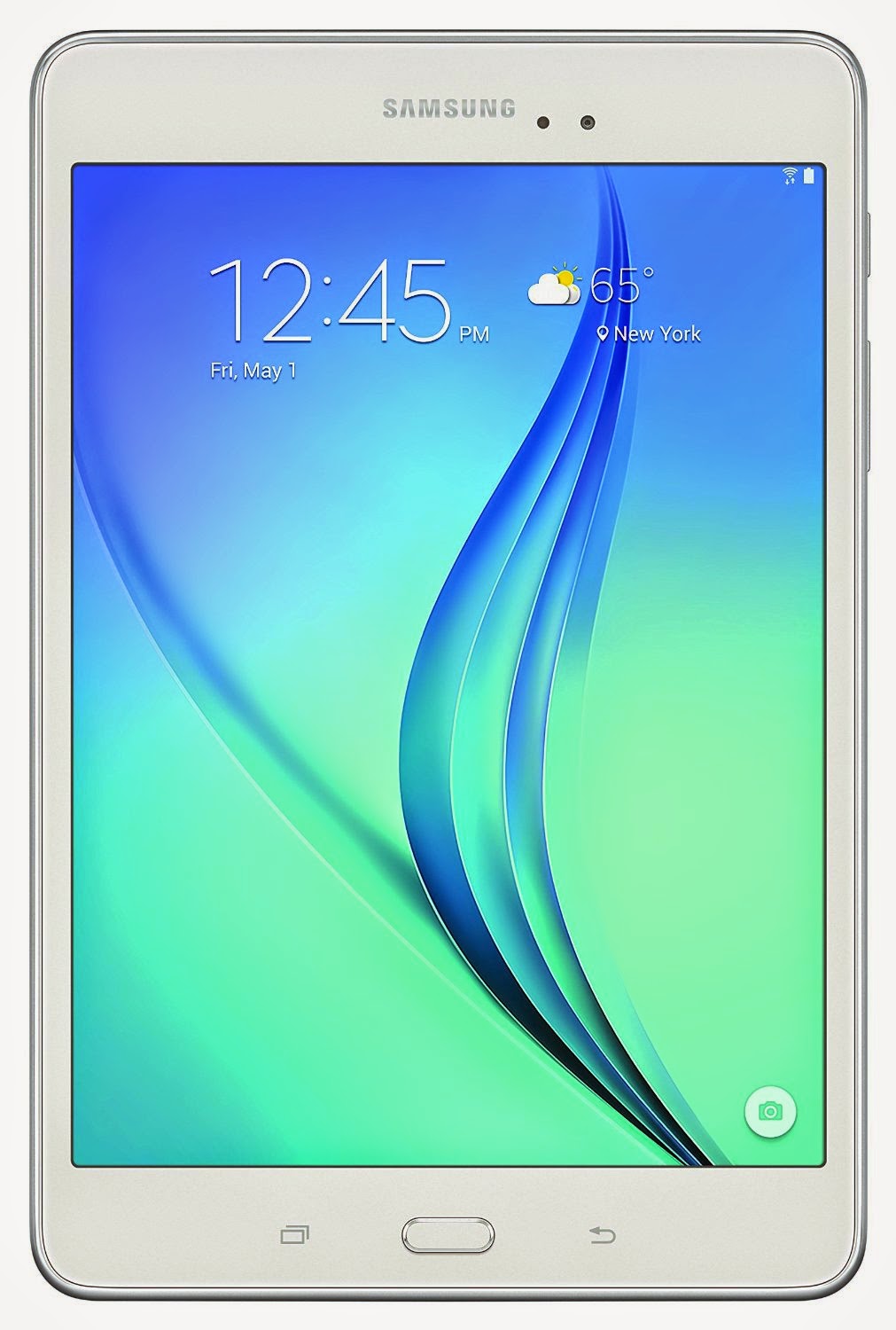