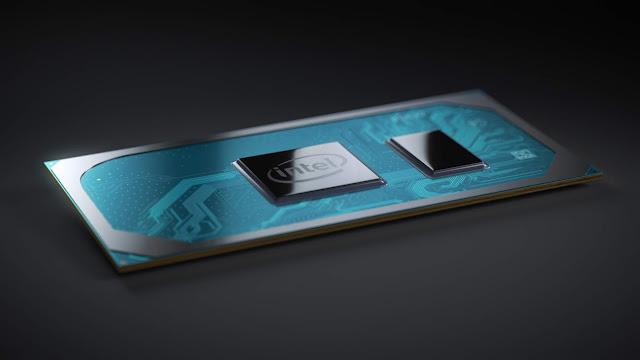 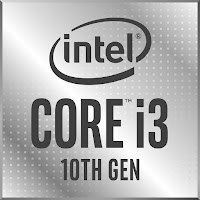 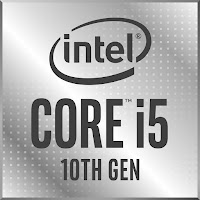 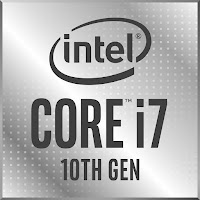 What is dumping in business? 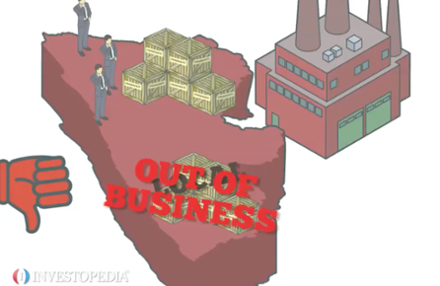 Dumping is a term used in the context of international trade. It's when a country or company exports a product at a price that is lower in the foreign importing market than the price in the exporter's domestic market.

dumping, selling goods at less than the normal price, usually as exports in international trade. It may be done by a producer, a group of producers, or a nation.

Dumping is usually done to drive competitors off the market and secure a monopoly, or to hinder foreign competition.

Dumping Explained
Dumping is considered a form of price discrimination. It occurs when a manufacturer lowers the price of an item entering a foreign market to a level that is less than the price paid by domestic customers in the originating country. The practice is considered intentional with the goal of being obtaining a competitive advantage in the importing market.

The Advantages and Disadvantages of Trade Dumping.

The primary advantage of trade dumping is the ability to permeate a market with product prices that are often considered unfair. The exporting country may offer the producer a subsidy to counterbalance the losses incurred when the products sell below their manufacturing cost. One of the biggest disadvantages of trade dumping is that subsidies can become too costly over time to be sustainable.
Additionally, trade partners who wish to restrict this form of market activity may increase restrictions on the good, which could result in increased export costs to the affected country or limits on the quantity a country will import.

While the World Trade Organization reserves judgment on whether dumping is an unfair competitive practice, most nations are not in favor of dumping. Dumping is legal under WTO rules unless the foreign country can reliably show the negative effects the exporting firm has caused its domestic producers. To counter dumping and protect their domestic industries from predatory pricing most nations use tariffs and quotas. Dumping is also prohibited when it causes "material retardation" in the establishment of an industry in the domestic market.
The majority of trade agreements include restrictions on trade dumping. Violations of such agreements may be difficult to prove and can be cost prohibitive to enforce fully. If two countries do not have a trade agreement in place, then there is no specific ban on trade dumping between them.

In January 2017, the International Trade Association (ITA) decided that the anti-dumping duty levied on silica fabric products from the People’s Republic of China the previous year would remain in effect based on the investigation by the Department of Commerce and International Trade Commission. The ITA ruling is based on the fact that there was a strong likelihood that dumping would repeat if the tariff was removed.
investopedia
Once the competitors are off the market (using dumping in business) the company creates a monopoly and starts increasing their prices.

This dumping action takes time ,some times years to get there The first signs you see are when that business what ever it is about, starts growing year over year with two digits and the competition  stop growing having negative digits YOY.

Sounds familiar at this time.?

Is any resemblance pure coincidence?


Is it what was happening in the world`s smartphone business?
at May 21, 2019 No comments:

Email ThisBlogThis!Share to TwitterShare to FacebookShare to Pinterest
Labels: dumping

LG has developed its own AI chip with LG Neural Engine for home appliances. 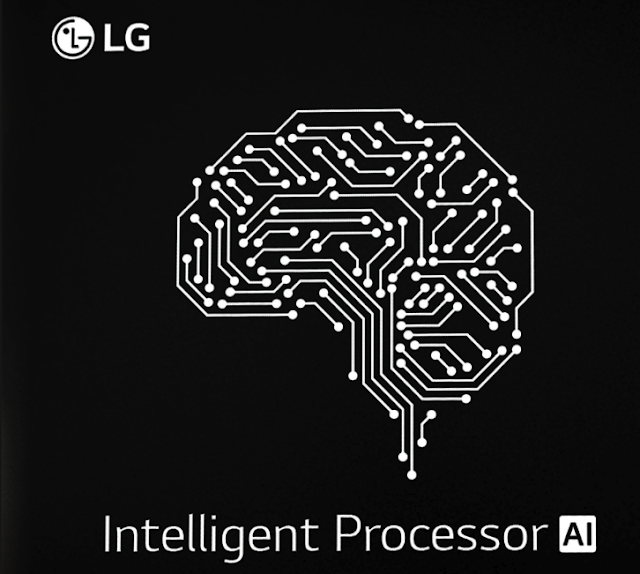 
As part of its strategy to accelerate the development of AI devices for the home, LG has developed its own artificial intelligence chip (AI Chip) with proprietary LG Neural Engine to better mimic the neural network of the human brain to greatly improve the processing of deep learning algorithms.
The AI Chip incorporates visual intelligence to better recognize and distinguish space, location, objects and users while voice intelligence accurately recognizes voice and noise characteristics while product intelligence enhances the capabilities of the device by detecting physical and chemical changes in the environment.
The chip also makes it possible to implement customized AI services by processing and learning from video and audio data in order to enhance recognition of the user’s emotions and behaviors and the situational context.
Products utilizing the LG AI Chip take advantage of the On-Device AI to operate even without a network connection. What’s more, LG’s AI Chip employs a powerful security engine to better protect personal data from external hacking. Processing that does not require high security is designed to run in a general zone and jobs that require higher security run in a separate hardware-implemented security zone.
LG’s AI Chip is designed to enhance the recognition performance in the products it powers such as an advanced image recognition engine for simultaneous localization and mapping (SLAM). For example, its powerful image processing function corrects for distortion caused by wide angle lenses and generates brighter and clearer images in dark environments.
LG Electronics plans to include the new AI Chip in future robot vacuum cleaners, washing machines, refrigerator and even air conditioners. In addition, LG will expand the reach of its artificial intelligence solutions through collaborations with outside companies, universities and research laboratories.
“Our AI C​hip is designed to provide optimized artificial intelligence solutions for future LG products,” said I.P. Park, president and CTO of LG Electronics.
“This will further enhance the three key pillars of our artificial intelligence strategy – evolve, connect and open – and provide customers with an improved experience for a better life.”

LG will start rolling out the 8K rollable TV first in South Korea, with improved displays and new form factor in the second half of 2019.

LG said it will release an 88-inch 8K OLED TV, which has four times as many pixels as 4K, as well as a 65-inch rollable OLED TV with 4K resolution to cater to various consumer needs.

The rollable TV can appear and disappear from a base unit with a click of a remote control, offering a way to hide it when not in use.

LG claimed that the OLED is a perfect fit for the 8K TV market with its crisp color contrast and flexibility in creating new form factors.

“Demand for OLED will further grow when the TV market shifts (from 4K) to 8K display,” J. S. Lee, vice president of LG’s home entertainment marketing communication, said in a press briefing held at the company’s factory in Gumi, some 260 kilometers southeast of Seoul.

“OLED presents perfect black with a better contrast ratio. As OLED emits lights without a backlight panel, it has more room for changing form factors, like making it razor thin or rollable.”

LG said OLED TV sales were expected to grow 3.6 million this year on the back of rising demand for premium products and to 10 million in 2021.

The company said its OLED TV crossed a “chasm” with cumulative shipments surpassing 4 million as of March since its debut in 2013, vowing to speed up its shift from its traditional LCD to OLED lineup.

According to market researcher IHS Markit, the ratio of OLED TVs is expected to rise from 5.7 percent of total market in 2018 to 10.4 percent in 2023.

How is Samsung planning the re-launch of the improved Galaxy Fold? 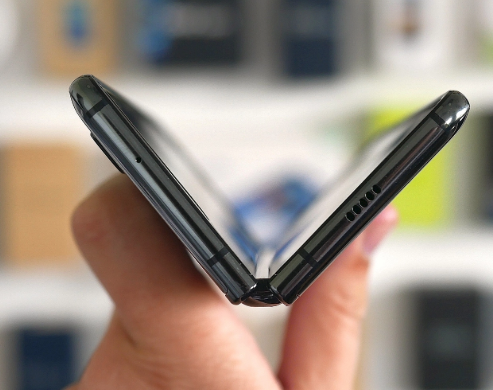 
First Samsung has to wait a month to 45 days to the 3 korean carriers networks tests to determine if the Galaxy Fold will work properly and if it is suitable for them. These test are currently happening at this time.

Besides , Samsung has to obtain a new license for the product that compliments the problem in each country.

Samsung Electronics said it has solved the problems of the screen shield  not attached enough before to the bezel and the influx of foreing subtances in the hinge because it was not blocked by the frame of the device on the upper and lower portions of  it.

We expect the Galaxy Fold will be  on the customers hands around June 15 to June 30. However, Samsung will announce the rigth re-launch timing depending on the test results.