We feel it is important that you lose yourself in your stories, so we designed Xperia Z to be so seamless and smooth that it almost disappears, blending with your life and environment.

The human body notices the tiniest imperfections, so attention to detail is important to everything we do. From the power button to the screen, the way a smartphone looks and feels must be flawless. That's why we crafted Xperia Z with delicate precision.

The story continues on http://www.sonymobile.com/global-en/products/phones/xperia-z
at January 25, 2013 8 comments:

WSJ CIO Network conference: Meg Whitman:smartphones are the next evolution of computers, we got to get in there.

WSJ CIO Network conference: Meg Whitman: smartphones are the next evolution of computers, we got to get in there.

HP the world’s largest personal computer maker now is considering ways to get back into the smartphone game, HP Chief Executive Meg Whitman said Tuesday at a conference in San Diego.

She told technology executives at The Wall Street Journal CIO Network conference that smartphones are the next evolution of computers.
“In many countries for many people, (smartphones) may be their only computing device, so over time we got to get in there,” she said. “But we have to figure out how not to lose a boatload of money while we do it.”
We know at this time HP will not unveil any smartphone this year, so the question is Will HP be ready with a webOS Open smartphone for CES 2014? 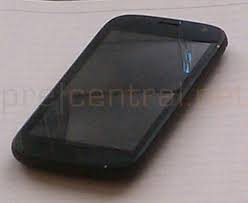 Video: Samsung GALAXY Camera Behind the scenes with James Franco, the photographer .


Wondered what went on behind the scenes for "James Franco, the photographer" film?

Directed by, and starring James himself, this video gives a peek inside his personal and professional life where he uses the GALAXY Camera to share moments with his family and friends straight from the shooter.

Combining high-performance photography features with Android 4.1 Jelly Bean and the freedom of 3G/4G and Wi-Fi connectivity, the GALAXY Camera is the world's first truly connected camera.

A new era of visual communications, allowing users to shoot, enjoy, edit and share high quality images and video from anywhere, at any time through a single device.

Nokia Xpress is a content discovery app that connects you to the internet in an entirely new way.

This cloud-powered app is a fast and fun way to discover and enjoy interesting web content while saving time and money.
The Xpress platform compresses data by about two thirds, so you will use less of your data plan and save battery life.
Connect with the latest stories and content while automatically optimizing for a better experience and lower data usage.

Nokia Xpress: Save more. Enjoy more. Do more.
Highlights include:

•Magazine -- Store and read articles, news blogs and more in a clean, easy-to-read format
•Monitor Data Usage - Data usage and savings are reported as a live tile on the start page and via a detailed dashboard in the app
•In Page Search - Tap on a word to discover related content with automatic contextual search (currently supported by Wikipedia, Bing and YouTube)
•SkyDrive -- Easily save and store videos and images to SkyDrive without having to use your precious data plan
•Translations - One click language translation is available for virtually any web page"
at January 20, 2013 37 comments:

Email ThisBlogThis!Share to TwitterShare to FacebookShare to Pinterest
Labels: nokia

U.S. and Canadian residents have a chance to unlock content, win prizes, and find adventure through the Tomb Raider Scavenger Hunt. Check out the video below for an overview of how to get started on your journey.


Antutu Benchmarks, suggest the Galaxy S IV may have an Exynos 5 Octa processor clocked at 1.8GHz and Android 4.2.1 under the hood.

The Samsung Galaxy S IV has been planned for the first half of 2013.

Discover more about its 5-inch Full HD screen, 13MP camera with Exmor RS™ - the world's first image sensor with HDR video for smartphones, ability to resist water and dust, and other astonishing features.

Xperia Z, experience the best of Sony in a smartphone.
at January 13, 2013 No comments:

Email ThisBlogThis!Share to TwitterShare to FacebookShare to Pinterest
Labels: SONY

With a razor sharp and super bright 5" Full HD Reality Display, Mobile BRAVIA Engine 2, a 13 megapixel camera with Exmor RS™ for mobile - the world's first image sensor with HDR video for smartphones and a sleek design that resists both water and dust, Xperia Z combines the best of Sony in a smartphone.
A screen so immersive you can get lost in it, images so real you feel like you're there, and a camera that lets you capture the moment whenever and wherever it occurs. See how Xperia Z takes you to new places and lets you connect in totally new ways.
at January 13, 2013 No comments:

Email ThisBlogThis!Share to TwitterShare to FacebookShare to Pinterest
Labels: SONY

With a starting price point of $399, the Z3RO Pro Computer is designed to showcase the future of small form factor desktop computing. Housed in Xi3's smallest chassis (1.875x4.875x3.625-inches), the Z3RO Pro Computer is designed for general computer use, including home and office environments, and is powerful enough for specialty applications such as digital signage environments and home theater use.

"The Z3RO Pro Computer is the ideal size for the ultimate in small form factor x86-based general computing," said Jason A. Sullivan, founder, President and CEO. "In this post-PC era, it's clear that there's no reason to buy a tower or mini-tower computer ever again. Not only does the Z3RO Pro Computer help round out the Xi3 product line, it also marks the end of desktop computing as we've known it."

About Xi3 Corporation
Formed in 2010 and headquartered in Salt Lake City, Utah, Xi3 Corporation utilizes "The Power of X" to bring its building block approach to the world of computing, an approach Xi3 applies internally and externally to hardware solutions and software applications. For more information on Xi3 Corporation (an ISYS TechnologiesSM company), please visit www.Xi3.com.