Samsung's new smartphone sold 50% more than its predecessor in the region and will be available for presale in Argentina at the end of April.

Samsung's latest release, the Galaxy S10, broke pre-sale records in Latin America. The expectation was to exceed the sales of its predecessor, the Galaxy S9, but the success was greater than expected: sales were 50% higher with the S10.

In Latin America, the sales of the Galaxy S10 + (the best device in this new series) were 60% higher than those of the S9 + in 2018, which shows that the innovations presented in Galaxy Unpacked 2019 have been a success among Latin American consumers.

The regional preference for basic colors on smartphones also attracted attention. During the early sale period, #SamsungLovers opted mostly for black and white colors, with sales 60% higher than the other options.

The Samsung Galaxy S10 line in Latin America is made up of the Galaxy S10, the S10 + and the S10e, all designed especially for users seeking an innovative experience in smartphones.

As with all Galaxy smartphones, the S10 line has the latest innovative resources from Samsung, such as the Infinity-O and Dynamic AMOLED screen, a state-of-the-art ultra-wide-lens camera and the Super Steady option, plus Wireless PowerShare. that facilitates the loading of any device with Qi certification as well as Samsung wearables *.

"It`s Show Time" says Apple on invitation for March 25 event. What is expected? 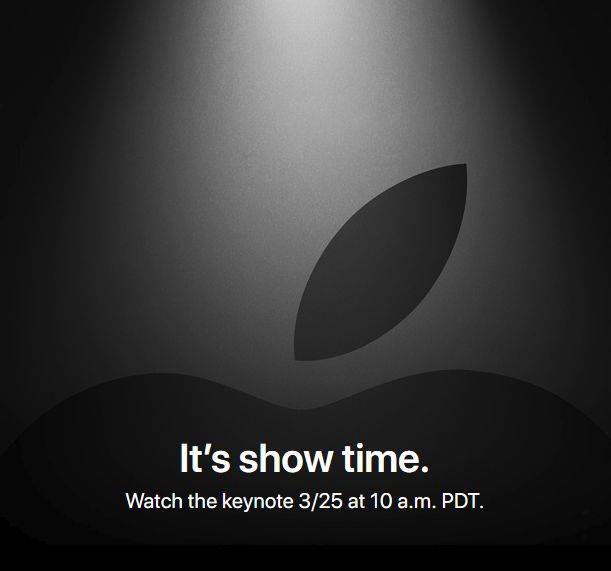 Apple is expected to launch a television and video service.

Apple did not specify the focus of the event and gave a single-line description: "It's show time."

The company has long hinted at a planned video service, spending $2 billion in Hollywood to produce its own content and signing major stars such as Oprah Winfrey.  The service may resell subscriptions from CBS Corp, Viacom Inc and Lions Gate Entertainment Corp's Starz among others, as well as Apple's own original content.

The TV service is expected to launch globally, an ambitious move to rival services from Netflix Inc and Amazon.com Inc’s Prime Video. Apple’s App Store, where the service is likely to be distributed, is currently available in more than 100 countries.

That is a big shift for Apple, which earlier this year moved to make its Apple Music services work on smart speakers from rivals such as Amazon and partnered with Samsung Electronics Co Ltd to let Samsung television owners watch video purchased from Apple on Samsung sets.