WebOS Open Source Edition 2.15 is out. 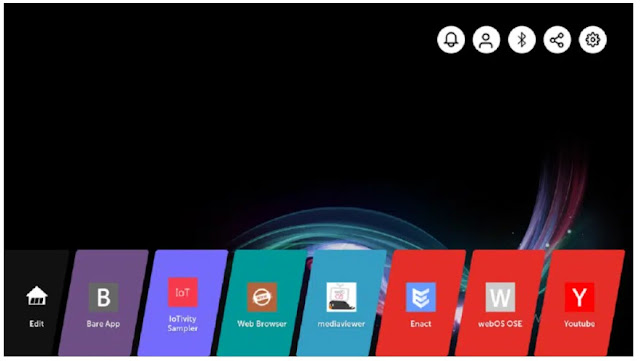 A few days ago the release of the new version of the open platform webOS Open Source Edition 2.15, which can be used in various portable devices, dashboards, and car infotainment systems.

In this new version that is presented, the developers mention that have strived to provide a better Qt development experience, since the rendering performance and animation quality of Qt applications have been improved, as well as keyboard and mouse support, among other things.

For those who are unfamiliar with WebOS Open Source Edition, you should know that can be used on a variety of portable devices, dashboards, and infotainment systems for automobiles. Raspberry Pi 4 boards are considered the reference hardware platform.

WebOS was originally developed by Palm in 2008 and was used in the Palm Pre and Pixie smartphones. The acquisition of Palm in 2010 passed the platform to Hewlett-Packard, after which HP tried to use the platform in its printers, tablets, laptops, and PCs.

In 2012, HP announced the transfer of webOS to an open-source project independent and in 2013 began to open the source code of its components. In 2018, the webOS Open Source Edition project was founded, Through which LG tried to return to an open development model, attract other participants, and expand the range of webOS-compatible devices.

The key components of webOS are the System and Application Manager (SAM), which is responsible for running applications and services, and the Luna Surface Manager (LSM), which forms the user interface. The components are written using the Qt framework and the Chromium browser engine.

Rendering is done through a composite manager using the Wayland protocol. To develop custom applications it is proposed to use web technologies (CSS, HTML5, and JavaScript) and the Enact framework based on React, but it is also possible to create programs in C and C++ with an interface based on Qt.

Another change that stands out from webOS Open Source Edition 2.15 is that keyboard shortcut support is added for quick access to settings (F1) and the program's start interface (Start or Windows button).

In addition to that, also highlights improvements made to rendering performance and quality Improved animation in applications that use the Qt library.

Moreover, it is highlighted that components and resources have been added to customize QML applications to Home Launcher, as well as support for volume tracking to the audio management service audio.

Also noteworthy is that the browser engine has been updated to Chromium 91 (previously Chromium 87), and the web engine now supports GPU sync for Wayland.

Of the other changes that stand out from this new version:

Finally, if you are interested in knowing more about it about this newly released version, you can check the details In the following link.

How to get webOS Open Source Edition 2.10?

For those who are interested in being able to use webOS Open Source Edition, it is necessary to generate the system image for their device, for this they can consult the steps to follow from the following link.