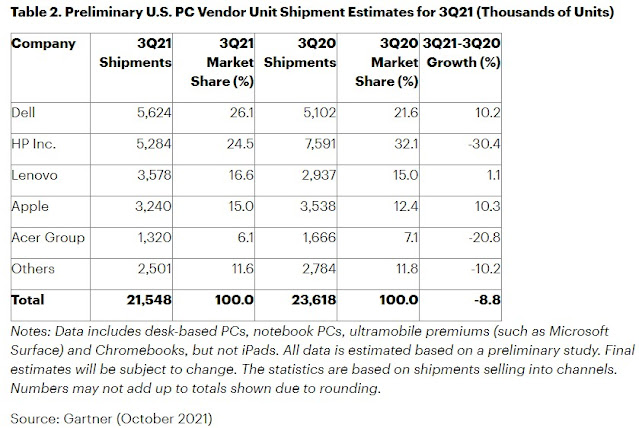 After five consecutive quarters of double-digit growth, the U.S. PC market declined 8.8% overall in the third quarter of 2021. Desktop shipments increased by 8% driven by upward demands in the business market, but weakness in the consumer PC market continued. Despite back-to-school sales and replenished retail inventories, both laptop and Chromebook shipments decreased around 10% year-over-year in the U.S.

“The device-per-student ratio in the U.S. education market is beginning to approach 1:1, which has slowed down the pace of incremental growth,” said Kitagawa.