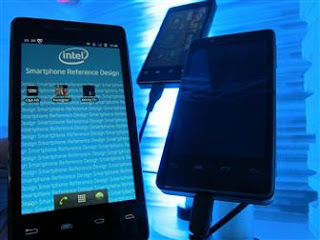 WorldWide Tech & Science. Francisco De Jesús.
Intel Developer Forum (IDF)  2012: Intel expected to reveal details of its cooperation with China players.
Intel is set to host its Intel Developer Forum (IDF) for China on April 11 in Beijing, China with the market expecting the company will reveal details about its cooperation with China-based players such as Lenovo and ZTE in the smartphone industry as well as the performance in China's embedded industry.
Sean Maloney, executive vice-president of Intel and chairman of Intel China will make a speech on the first day of the show and is also expected to reveal details of Intel's plans for the latest notebook, smartphone and tablet PC platforms.
In addition, Kirk Skaugen, who just recently took over Intel's PC Client Group as the president, is also expected to explain the details of the Ivy Bridge platform as well as the related technologies R&D and plans for second-generation ultrabook platform.
Meanwhile, players such as Asustek Computer, Gigabyte Technology, Micro-Star International (MSI), ASRock and BioStar are all expected to showcase their latest Z77-based motherboard at the show.
On the second day, Diane Bryant, vice president and chief information officer (CIO) of Intel as well as Ian Yang, vice president of Intel's Sales and Marketing Group and General Manager of Intel China will make speeches about server platform development and Intel's performance in China in 2011.
For smartphones, after launching the Atom Z2460 processor (Medfield), Intel is set to launch Atom Z2580 with a performance close to double of that of the Z2460. The Z2580 will feature built-in LTE/3G/2G integrated solutions and will start supplying testing samples in the second half of 2012 with related products to appear in the first half of 2013.
For emerging markets, Intel also plans to launch the Atom Z2000 series processor for the entry-level smartphone market, supporting Intel XMM 6265 3G HSPA+ and Dual-SIM 2G/3G dual-SIM card technologies. Intel will start supplying samples of Z2000 in mid-2012 with the related products to show up in early 2013.
Meanwhile, Intel's 22nm SoC will start shipping in 2013 and the company will also start developing a 14nm SoC.
at March 20, 2012